As promised, here is the second dress I made from the lace I was considering using for my wedding dress. 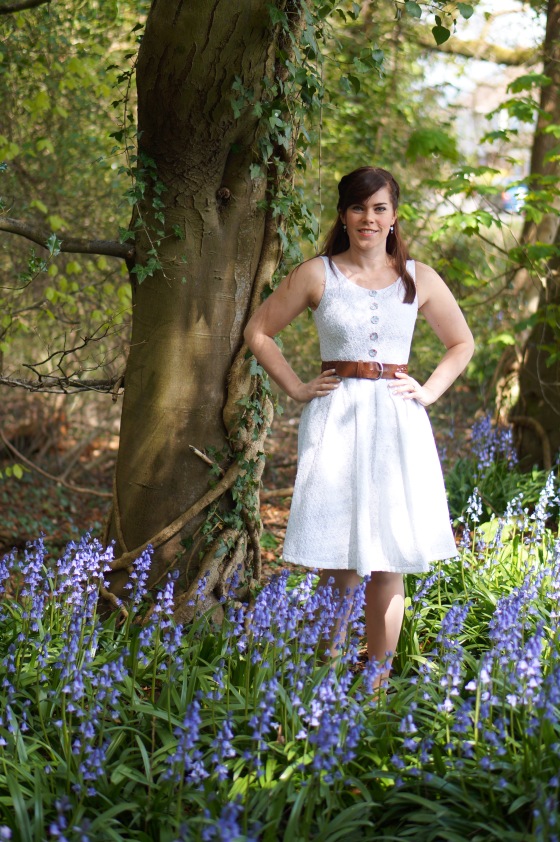 Unlike the last one, this dress is more fitted. I lined the whole thing with some plain white cotton I had in my stash. As the skirt doesn’t have the border print that the last dress has, I treated the cotton and the lace as one layer and overlocked them together. After that I hemmed the whole thing by topstitching it down. 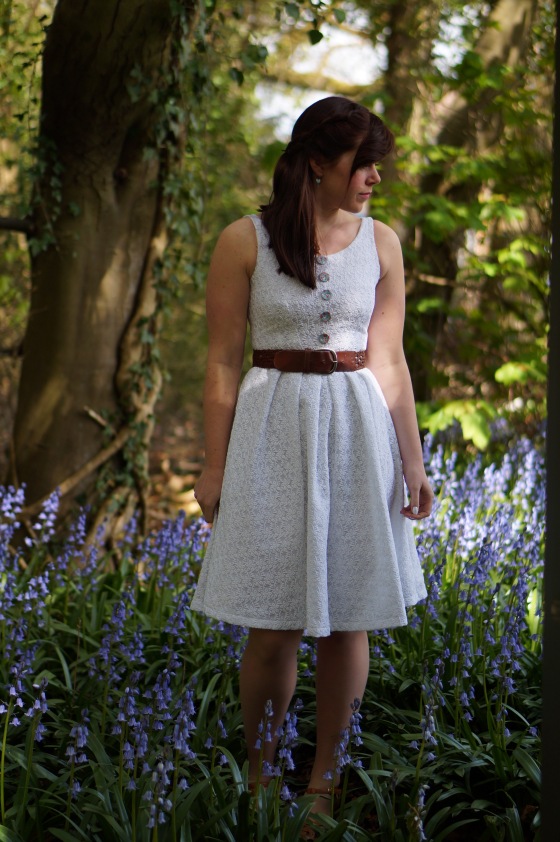 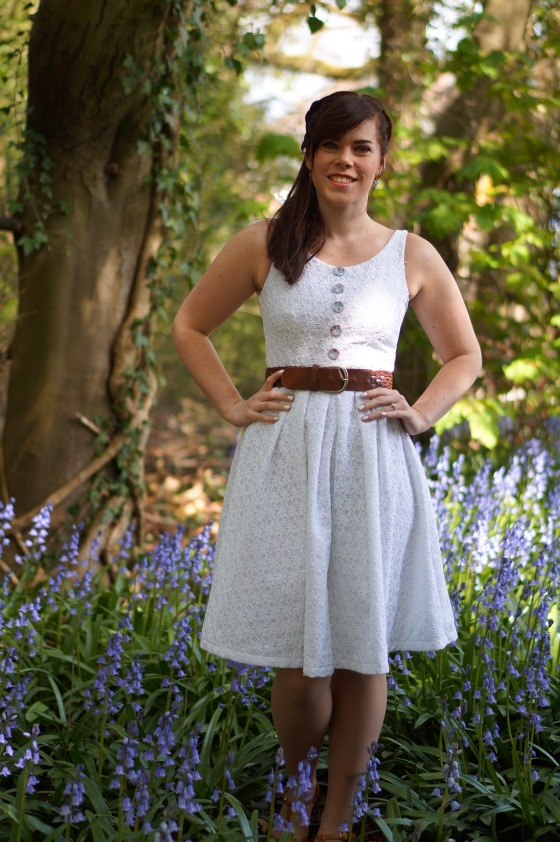 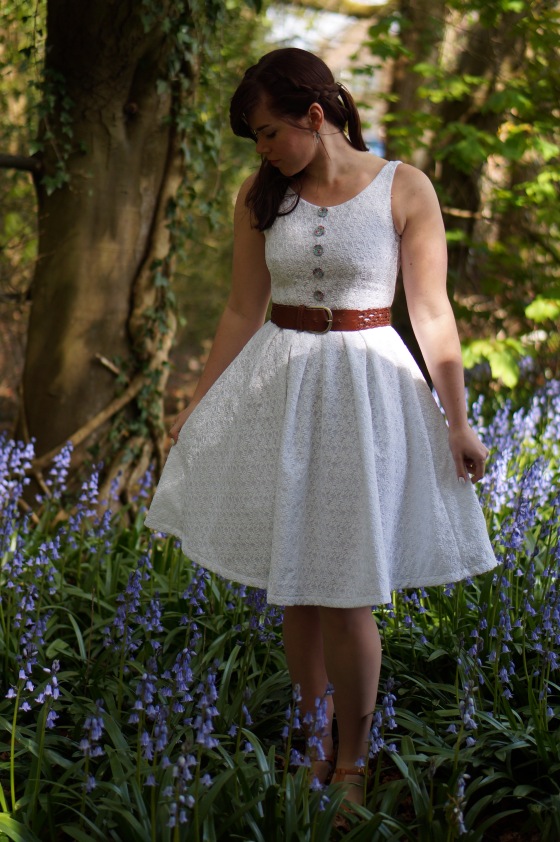 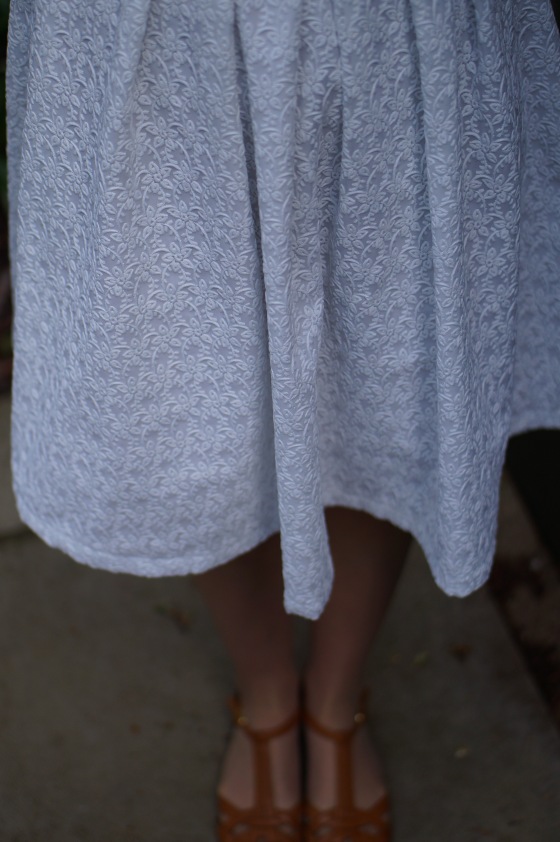 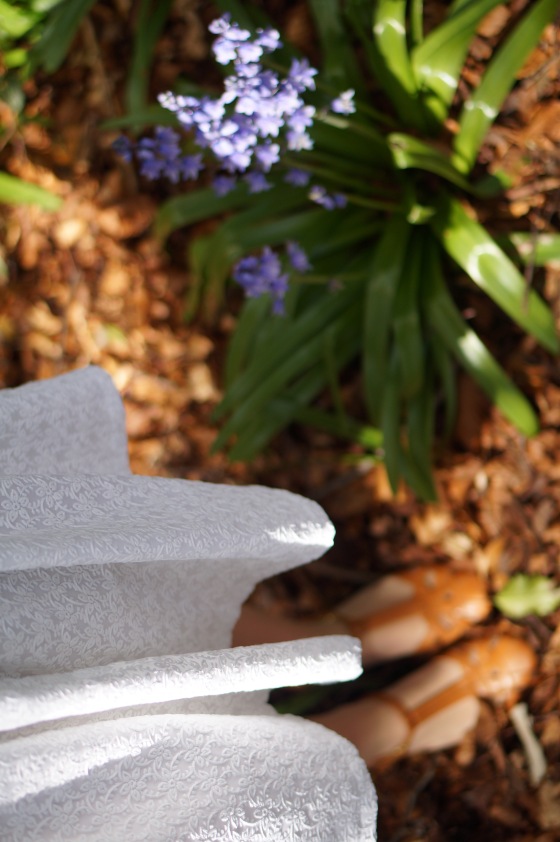 I used my tried and tested Simplicity 2444 pattern, which I’ve tweaked to fit perfectly at the bodice. (You can see the previous versions here and here). I actually think I need to lower the armholes about 2cm on the next version, but other than that I really like the fit of this pattern. 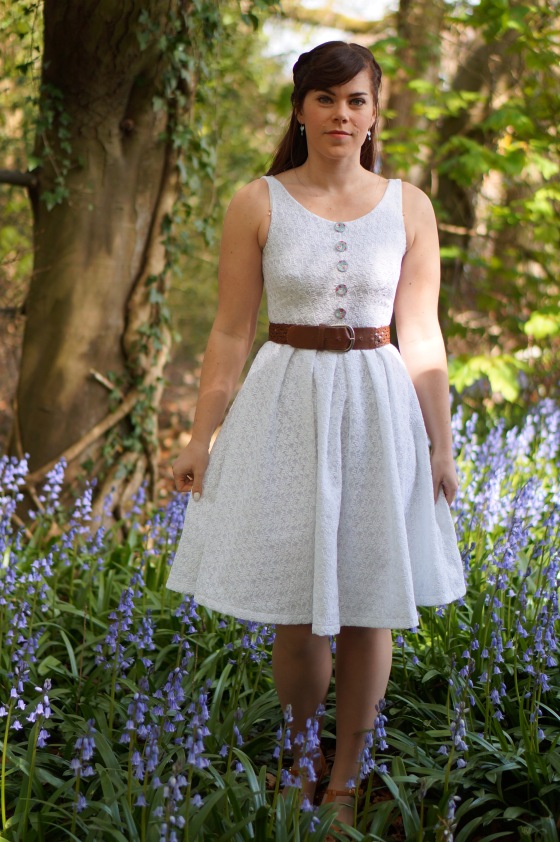 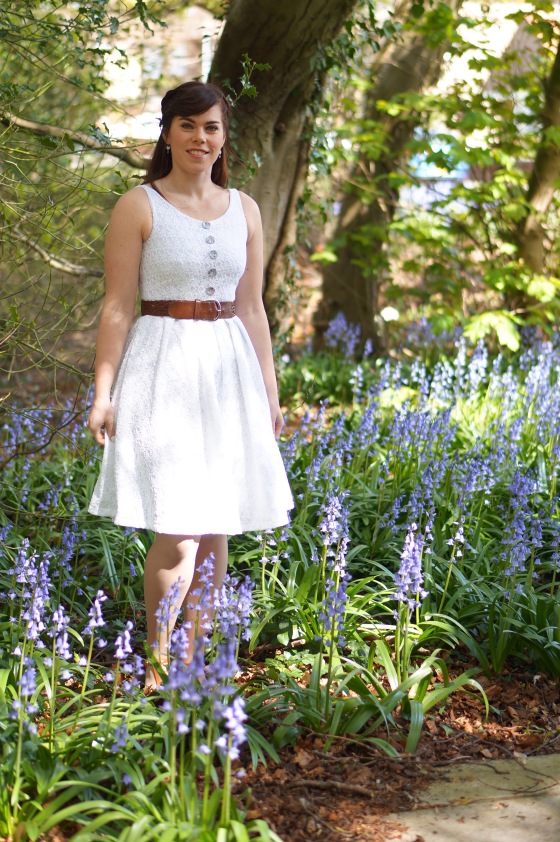 I didn’t have enough of the lace to cut the front bodice on the fold, so I added a central seam instead. I think the flow of the print makes it quite subtle, but I added a row of buttons as an additional feature anyway. I’ve actually had the buttons in my stash for ages, but they needed something plain and simple to go with. I think this dress works perfectly. 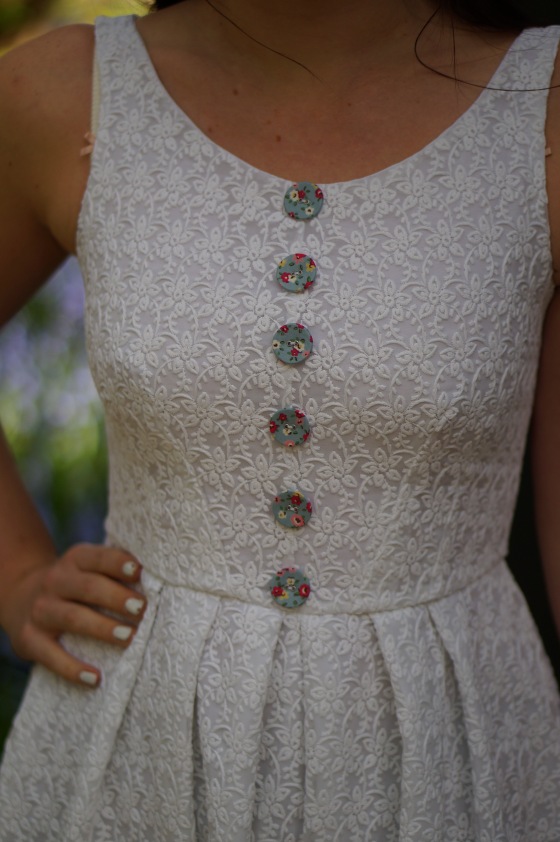 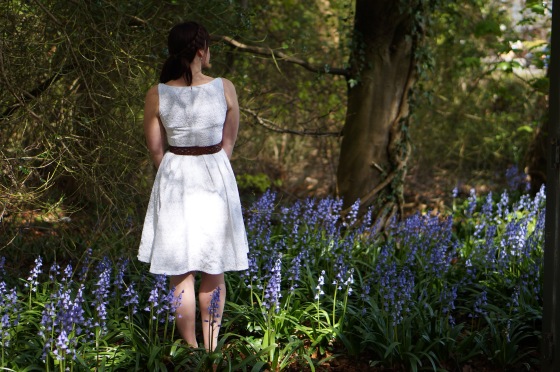 I don’t have much to say about this pattern as I’m sure I’ve said it all before in previous posts. So I’ll let the photos do the talking. 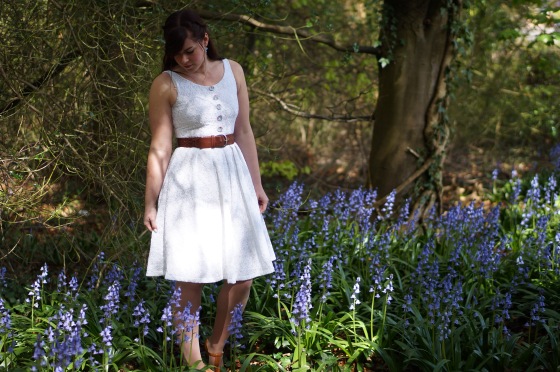 I took these photos on a different day and in a different bluebell woods to the last dress. We’ve been fortunate to have quite a bit of sun recently (not going to put any bets on it lasting though). I’ll just look forward to wearing it in Sorrento! 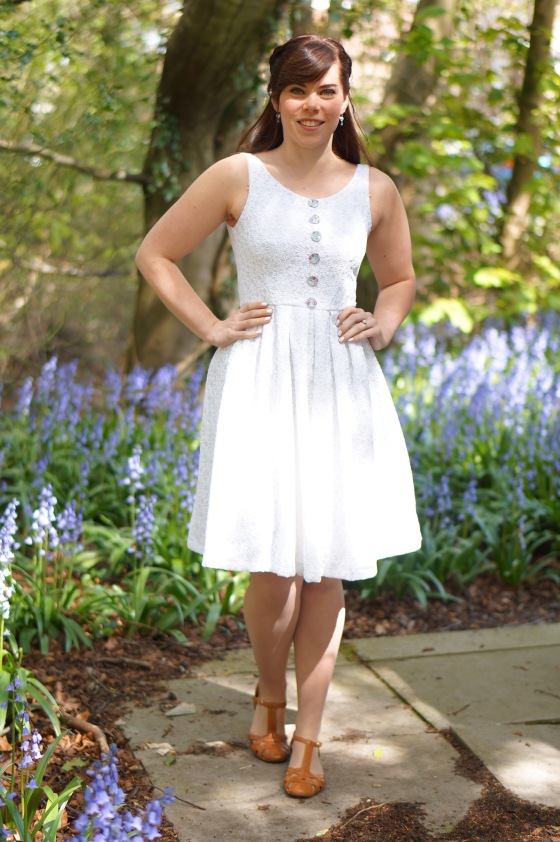 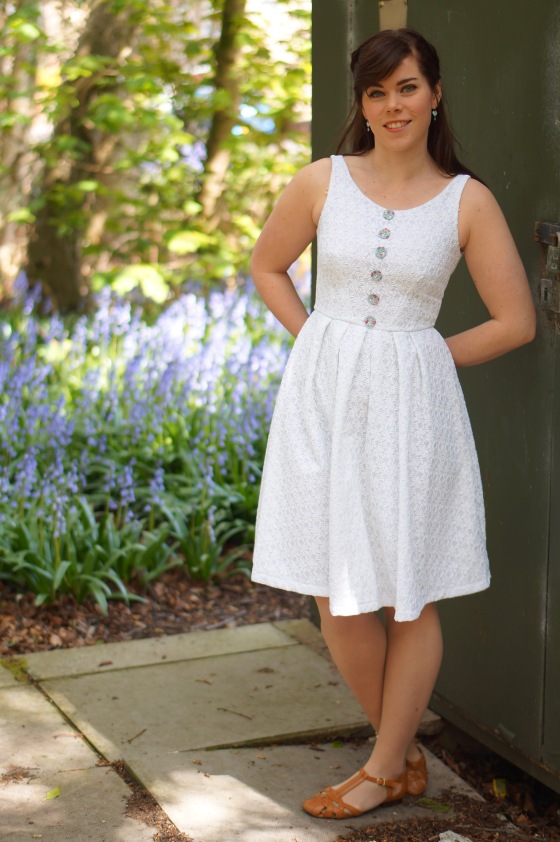 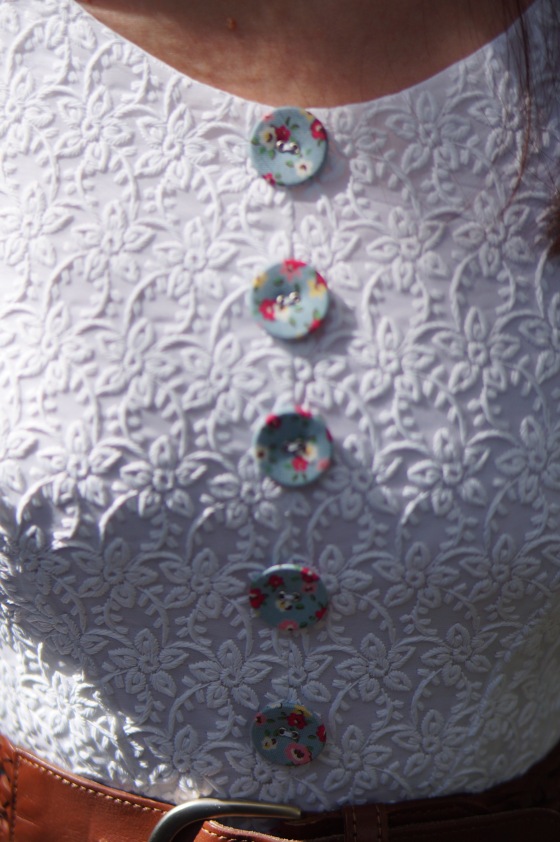 Email me! I love hearing from you all

What are you looking for? 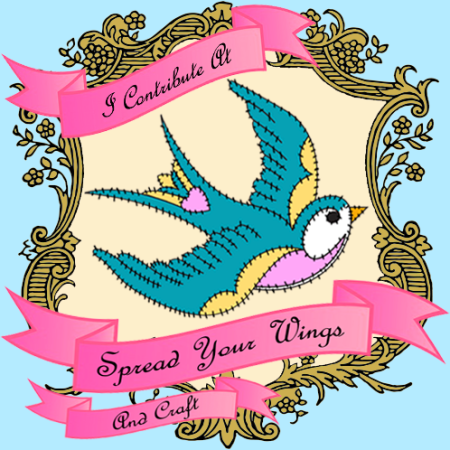 Some of your favourites

The story of Baby Bean and a lot of opinion.